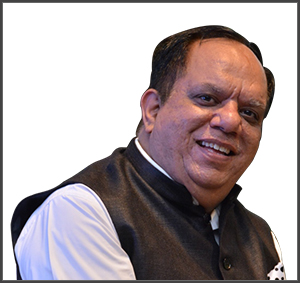 Rated as India’s Best CIO, he has won several prestigious recognitions including CIO of the year, CIO Hall of Fame, Super League CIO, Champion CIO, Global CIO, Global CIO Hall of fame, Most Influential CIO, Innovative CIO, Most Respected CIO, India’s Best IT Manager, Eminent CIO of India and many others. Mr. Sethi has also featured in the CIO Power List for 2015, 2016, 2017 and 2018.

He has been recognised as a CSR Thought Leader and has also won numerous CSR recognitions & awards including being rated as India’s Most Innovative CSR Leader, Outstanding CSR Leadership award and has featured in the list of India’s 50 most talented CSR Leaders and World’s Top 100 Most Impactful CSR Leaders.

He is a member of various national forums including Chairman of IT committee of Society of Indian Automobile Manufacturers (SIAM), Member CII’s National Committee on IT and ITeS, Co Chair CII National Committee for CIOs, and Board member of SAP India User Group (INDUS). He is on the advisory councils of several leading organizations. And also is chairman of CSR & Sustainability Forum of National CSR Network.

A regular speaker at various institutes and forums, Mr. Sethi holds a Masters Degree in Industrial Engineering, an MBA in Materials Management and a Bachelors Degree in Mechanical Engineering. Apart from this he has attended leadership programs organized by leading global institutes including Harvard Business School, Indian School of Business and also has a number of certifications in various areas of management and IT.