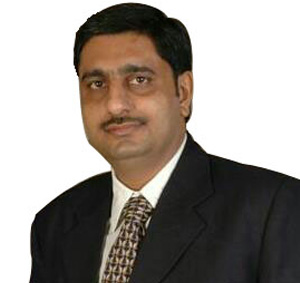 Mr. Daya Prakash former CIO of LG Electronics India Pvt. Ltd., is CEO, ADP Infosystems Pvt. Ltd. He is armed with Masters in Business Administration (MBA) in Finance and a Masters in Computer Management (MCM) and currently pursuing PhD. He has around two decades of work experience in IT industry, managing IT Applications & Infrastructure. He has an in-depth knowledge related to various aspects of business. He had been at the forefront of LG India’s IT operations and was responsible for implementation of latest technologies, business process innovation to enhance organizational competitiveness. He is the winner of many prestigious IT awards. He has acted as a consultant for many overseas organizations such as ADP, UC Davis cancer hospital and various other hospitals in USA and conceptualized business opportunities for different clients in the field of finance, health care and travel. His expertise includes project management, project delivery and extensive client relationship management.

Mr. Daya Prakash is an active member in CIO community, his thoughts and articles have been published in all leading magazines and national dailies like Data Quest, Network Computing, CIO, Economic Times, Financial Express and Computer Express etc. He has been a prominent face on several expert panels on national / international events hosted by media groups like IDG, Times Group, NDTV Profit, UTVi, Naseba etc. He has been a Speaker on various forums / seminar’s conducted by national and international groups like Economic Times, Naseba etc. He enjoys reading books, playing cricket, lawn tennis. Having explored most of the part of the world during various assignments, he likes spending time with his family and friends.

Some of the industry awards and recognition received: